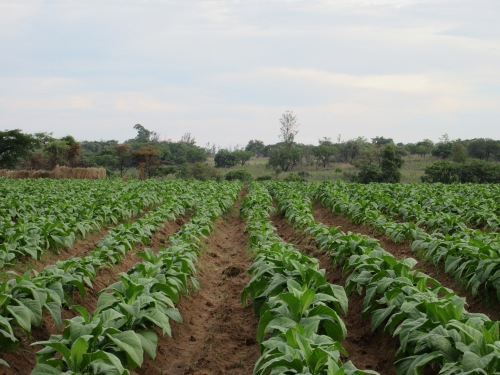 The Land Reform Deception: Political Opportunism in Zimbabwe’s Land Seizure Era by Charles Laurie, is now out in paperback. The book delves into the period of Zimbabwe’s land invasions from 2000. It is based on lots of in-depth interviews from a whole array of people – from dispossessed farmers to former farm workers to politicians to security service operatives.

The empirical sections of the book demonstrate how the land invasions were not a pre-meditated plan by President Mugabe, and that they evolved in ways beyond the control of the state and party. The confusion, contradictions and ambiguities come across very well in the interviews and through the data. As so many have said before, it was not a simple story, and one that certainly varied across the country, often between neighbouring farms.

This textured approach provides a counter to the simplistic tales often told. Yet, despite the richness of the empirical material and the extraordinary access that Laurie gained across a range of actors, the book is driven by an overarching narrative that once again distorts and simplifies. The publicity blurb gives a hint:

“[Land invasions’] soon escalated into an out-of-control frenzy targeting all farms in the country….The state claimed that the seizures were carried out in response to a public cry for land redistribution and to rectify colonial-era injustices, but the move was economically and socially disastrous for the country. Land was distributed to those with little or no farming experience, and, as a result, agricultural output contracted and inflation and unemployment rose dramatically.”

Why would the state target its own dominant agricultural industry using such violent and illegal methods?, Laurie asks. He points to patronage and corruption among a political elite “the land seizures were carried out by high-ranking officials, mostly veterans of the national war for independence, for financial and political gain.”

This narrative, much of it framed around a critique of the work of people like myself, Sam Moyo and others who have studied the land reform process, detracts from the rest of the book, where there’s lots of useful and intriguing data. Sadly only seen through one rather distorted lens, it does not get a thorough treatment, but as a book from a PhD thesis the data is all laid out nicely, so alternative interpretations are possible; it just requires more work, and ignoring some of the text.

While the book was only published in 2016, most of the data comes from around 2005. Some of the claims made – including by Stephen Chan in the foreword – that studies of land reform in Zimbabwe are narrow and limited could not be made today. Just look at some of the fantastic research covered in the previous blogs in this series[ all in different ways adding to but broadly corroborating the arguments made by Sam Moyo, Prosper Matondi and myself and team over the years.

The myths trotted out – on post land reform production, farm worker displacement and so on – in setting up the book have long been addressed. This makes the book’s driving argument seem rather dated. Much has happened in the 13 years since. This I guess is one of the frustrations of the long PhD then protracted publishing process. It takes so long, and things change.

So this book has to be read with caution, and the wider framing and driving narrative laid aside in favour of the detailed information on farm occupations, violence and eviction. It needs to be seen as an historical account on those years around 2000, from the vantage point of the mid-2000s. For in 2005, the farmers interviewed and surveyed had recently been removed, and the distress and outrage is clear, clearing affecting their responses (many from positions of deep denial and now dispossessed rural white privilege, as discussed in the last blog in this review series).

An important contribution, following others, derived from interviews with a range of well-placed informants, is the view that the invasions got ‘out-of-hand’ and were not meant to go beyond a few demonstrations, responding the constitutional referendum defeat. This lends support to the argument that this was neither an instrumentalised political project led from the top nor a bottom up revolution mobilised from below, but a mixture of the two. It also questions the argument that there was limited demand for land (as suggested by a Gallup poll from 2000 that is favourably quoted), because so many got involved in the land invasions all over the country.

This highly varied and often chaotic dynamic of land invasions (seizures in the language of the book) also challenges the argument that whole thing was a ‘deception’, as suggested in the title. The book rather contradictorily insists that the land reform was only driven by the interests of a desperate political elite willing to sabotage the agricultural industry for personal gain. While of course not denying that political aims and patronage gains were part of the story, the account of contingent and specific events beyond the control of anyone, is to my mind much more convincing, and reflective of the our research experiences in Masvingo for example.

The book correctly makes the case for looking at a detailed timeline of invasion and eviction for each area, even each farm, emphasising the sequencing of who was involved, and who gained what, when. This is vital, and a point made in our writing before, but with different conclusions. What this book, as so many other studies, fails to do though is to distinguish the early invasions of what became A1 land and the land acquisitions that followed (often up to two years later) through the allocation of A2 land. The composition of invaders and those who gained land through the often corrupt A2 allocation process is massively different, and explains some of the confusion about the role of ‘cronies’, repeated again here.

The detailed mapping data on violence from the Zimbabwe Human Rights NGO Forum (of various sorts, ranging from disruption and low level disruption to intimidation to physical attacks, so a hugely varied category; see earlier blog) and eviction patterns are particularly interesting. While most accounts focus on violence and threat, this varied hugely over time and space, and did not relate straightforwardly to patterns of eviction. Very often other things intervened. Multiple financial and social pressures were the most common reason for farmers to leave the land, the book explains. The tactics of land invaders and state agents to facilitate land expropriation offer some important insights into how particular farms and farmers were targeted and how mobilisation for agrarian reform took place.

There is an inevitable regional bias in the accounts in this book, as it’s focused very much on Mashonaland Central and a limited sample of farmers. Here, for example, asset stripping was far more significant than in Masvingo or Matabeleland, as there was valuable equipment to acquire. The proximity to Harare and the particularities of local politics of course meant another dynamic, with more senior officials connected to the party or the security services present. But just dismissing the rest of the country as outlier regions, not relevant to the land reform story rather misses the point. The struggle over land had regional and local characteristics, but it was nationwide. These differences are important in explaining the bigger story; something missed by the book in its somewhat desperate, and ultimately unsuccessful, attempt to show the land reform always in a bad light.

The book concludes by arguing that the research by Sam Moyo, myself and others is “problematic in various ways”, that it is “far too generalised and optimistic”, although Laurie concedes that “small-scale producers can – in some select cases – make up some ground for specific commodities”. He concedes too that “smallholder operations will remain central for food production and for employment”, but, he says – displaying biases yet again – “in the long term the country will once again shift toward a reliance on commercial farming”. And in support of this argument he enlists the World Bank, which he says “believes that a business-focused, commercially motivated agriculture is a necessity for countries like Zimbabwe”.

The book claims to present “a balanced enquiry into the land seizure era”. Well I am afraid I beg to differ, but it’s still definitely worth a read, if you can peel away the biases of the framing narrative and get to the detail, much of which is important and fascinating.

This is the ninth in a series of short reviews of new work on agriculture and land in Zimbabwe. Nearly all of these studies are by Zimbabwean researchers, reflecting the growing research capacity and ability to comment on important issues of policy in the post-Mugabe era. If there are other papers or books that you think should be included, please let me know!