Underutilised land in Zimbabwe: not a new problem 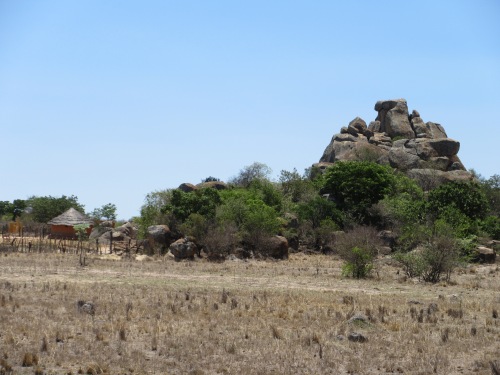 There has been a long debate in Zimbabwe about whether the nation’s arable land is being properly used. After land reform, this has reached fever pitch, but it has a much longer history.

In the early colonial era, as European farming was being established, there were many complaints about the poor use of land by colonial officials. Methods of cultivation were deemed ‘inefficient’, and there was major concern that too many farmers were going under, supported as they were by substantial loans backed by the government. Protectionist legislation tried to prop up European agriculture, most notably the Maize Control Act, in order to get more land used.

The Colony’s governor, Cecil Hunter-Rodwell, commented in 1930 that European farmers were “at last awakening to the necessity of proper methods of fertility, rotation, and green manuring, but awakening has come too late. Thousands of acres of the best soil in the Colony have been robbed of their productivity and the owners cannot face the expenditure necessary to restore it”. Many farmers he observed “are at the end of their resources and are being carried by the banks” (Letter from Hunter-Rodwell to Thomas, quoted by Robin Palmer in his book, Land and Racial Domination in Rhodesia, 1977: 235).

In the economic crisis precipitated by the global depression in the early 1930s, tobacco farming took a hit too. A farmer’s memoir, Rhodesian Mosaic, published in 1934 commented on his journey from Salisbury (Harare) to Umtali (Mutare):

On either side stretched abandoned lands, cultivated and prosperous before the tobacco slump four years before. Here and there among the kopjes stood houses, fallen and decayed, once homes of planters who had left them to the mercy of the elements. No sounds of life could be heard, the gay prattle of native labourers having long since departed those melancholy fields (Rawdon Hoare, quoted again by Robin Palmer, 1977: 234).

So extreme was the problem that in 1936 the Native Commissioner for Insiza rather heretically argued for land reform: “large tracts of land are held by Europeans but nothing is being done with it… It seems to me….that some of the land now held by Europeans should be given to the natives who will use it, whereas the Europeans have held the land for years without making any use of it” (also quoted by Robin Palmer, 1977: 236). As Ian Phimister described in his 1988 book, An Economic and Social History of Rhodesia, a lot of this land was held by large land barons, often as part of land speculation, with a highly skewed distribution emerging amongst ‘white’ commercial farming, ranging from smaller individuals farms to massive estates; a pattern that persisted through the next decades to Independence. As Colin Stoneman pointed out in Zimbabwe’s Inheritance, at Independence in 1980, only 736 farms represented 60 percent of all white-owned land.

Even with the revival of the fortunes of European large-scale agriculture, especially after the Second World War, according to a major survey carried out by the university-based agricultural economist, Dunlop, the area under cultivation was just 17 percent of the total arable area of ‘European’ farms in the higher potential regions of the country (regions I-III) by 1965. This was causing major concern about under-utilisation, as well as about the concentration of land among relatively few owners who could afford to let large land areas lie idle. Dunlop noted that in 1965, 42 percent of the nation’s farm area was concentrated in just 246 farms, including a number of absolutely massive ranches in the south.

With some minor changes at the margins, this pattern persisted. Roger Riddell argued in the 1978 book, The Land Problem in Rhodesia, that only 15 percent of total arable area in large-scale commercial farm areas was being used in 1976. In the early 1980s, following Independence, an important analysis of land-use by Dan Weiner, Sam Moyo and others showed how 10.2% of the area large-scale farms in Mashonaland was cultivated, or 22.9 percent of arable land in 1981-82. This rose to 33.7 percent when a net arable area was calculated, assuming square fields (for mechanised use), conservation-protected areas, roads and settlement. In other words, in the highest potential area of the country two-thirds of prime arable land is not being was not being used for cropping.

A decade on, in 1990/91 the World Bank undertook a major review of agriculture in Zimbabwe and again came to similar conclusions, with a background report by Michael Roth, Analysis of Agrarian Structure and Land Use Patterns in Zimbabwe, arguing that 65 percent of large-scale commercial land was underutilised. Many in the white commercial farming community took umbrage, and assumptions were challenged, and counter-claims presented.  As Angus Selby describes in his excellent thesis on European farming in Mazowe, land productivity varied by scale, with many of the smaller, family-run farms showing greater levels of utilisation, compared to the large farms and estates.  Yet, things varied across the country, and in some parts, as described by Jos Alexander in Manicaland, many moved onto underutilised land as ‘squatters’, often staying there for many years.

Certainly by the 1990s, much large-scale commercial agriculture was more efficient and profitable, but it was not necessarily using large areas. In the context of more globalised markets, and change cost structures and a decline in state subsidies, farmers had to up their game. Profitable horticulture/floriculture enterprises boomed, for example, but these were reliant on small land areas, and very intensive greenhouse production. Other crops were also intensified, with investments in centre-pivot irrigation systems, including maize and tobacco, again boosting yields but also requiring smaller areas. Across the high potential cropping areas of the Highveld, other parts of farms, designated as arable, were left for wildlife (an increasingly lucrative business by the 1990s) and beef ranching (made profitable by the EU preferential trade arrangements). For example, in Mazowe district, a prime agricultural area, only 20 percent of total farm area was being cultivated, based on a survey of 275 farms in 1996-97, although of course much of this very intensively with tobacco and maize (see SMEAD report: p 12).

As the demands for land reform grew through the 1990s, a policy and political focus on land utilisation intensified. In November 1997, the government published a list of 1471 farms targeted for redistribution, based largely on assessments of utilisation. Reflecting the size structure of large-scale farms, inherited from the colonial era, much of the area was concentrated in relatively few farms. About 200 owners had more than two farms, while farming companies, including multinationals, held many farms in consolidated holdings, representing 1.6m hectares, 40 percent of the identified area. As Sam Moyo pointed out in his SAPES/UNDP report on The Land Acquisition Process in Zimbabwe, 1997/98, the government could acquire 60 percent of the proposed five million hectares from less than 300 owners, or three million hectares from only 10 companies and 100 farmers. Indeed, by the time of the 1998 land conference, the Commercial Farmers’ Union, recognising the issue of under-utilisation of land offered, rather belatedly, 1.5 million hectares for redistribution.

The 1997 listing of farms was not surprisingly highly controversial. Debates raged on the economic impacts (via declines in tobacco production), on food production (and production of maize, although much was feed maize for the cattle industry by that time), and as to whether wildlife ranches and conservancies were legitimate use in higher potential areas, for example. There were multiple tussles over what and was not listed, and a process of delisting proceeded, resulting in 625 farms and 1.65m hectares being removed from the proposed acquisition.

Of course the events since 2000 have overturned this attempt at planned transfer and rationalisation of land use to enhance utilisation – as well as spread ownership and reduce multiple holdings. But the issue of land utilisation has not gone away. Some of the descriptions of A2 farms today recall earlier admonishments of the white farming community in the early colonial period. While overall land is being used more extensively today, particularly via the A1 resettlement model, this does not mean that land and agricultural resources, notably irrigable land and water supplies, are being used optimally, especially in the A2 areas. Issues of multiple ownership and underutilisation persist, just as they did in the past.

Today, a significant policy challenge is the provision of incentives to improve use and productivity, while at the same time preventing multiple ownership in line with the law. This debate, as we’ve seen is not new. As Selby argued in relation to the debates in the 1990s, “debates about utilisation and productivity were clouded and misinformed on both sides, squandering opportunities for consensual or practical solutions” (p. 219). Let’s hope such solutions emerge today. This will require a comprehensive audit process, under the newly established Zimbabwe Land Commission, but, discussed next week, this presents some major technical and political challenges.